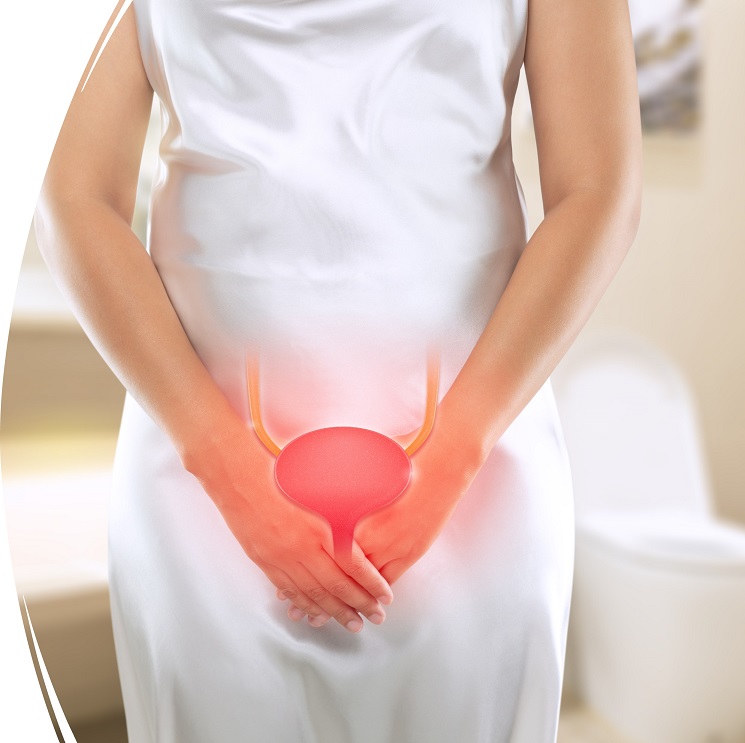 About ADDEOLIC®: an ingredient designed for urinary tract health

ADDEOLIC® is a unique and original patented ingredient designed for urinary tract health. It was developed specifically for use in food supplements for women.

Its originality lies in its composition, which combines 3 ingredients:

These three ingredients act in synergy to improve urinary comfort in women.

In addition, cranberry is widely recognised for its ability to prevent intimate discomfort. The main reason for this is its high concentration in PACs*. Essential oils have also been proven to have many beneficial health properties. Several studies have in fact demonstrated their health benefits (see below).

ADDEOLIC® uses a specific technology involving micro-encapsulation of essential oils combined with cranberry. It comes in the form of a homogeneous powder, ideal for food supplements in capsule, tablet and other dry forms.

A study has also been carried out on ADDEOLIC® alone:

Some key figures on urinary discomfort1

What is a urinary tract infection?

A urinary tract infection is a bacterial infection of the urinary tract. In concrete terms, the bacteria in the intestinal microbiota migrate and contaminate the urogenital region.

In most cases the infection affects the bladder, which becomes inflamed. It is what we call cystitis. Cystitis causes several symptoms that significantly impair quality of life, especially in case of recurrence. Symptoms are of varying intensity and include:

Urinary tract infections affect mostly women, rarely men. This is because the urethral canal of a woman is shorter, making it easier for intestinal bacteria to propagate towards the bladder.

80% of urinary tract infections are caused by the Escherichia coli bacterium [ANSES].

What are the consequences?

Urinary tract infections are a major public health problem. This is because the most common treatments involve antibiotics. Yet if used repeatedly, there is a risk of developing antibiotic resistance4-5. Moreover, they can sometimes cause side effects, for example they can disturb the vaginal microbiota and consequently affect quality of life and sexuality.

In addition, a recent study has identified a toxin produced by E. coli believed to damage the DNA of bladder cells6. These results raise the issue of improving treatment in patients with recurrent urinary tract infections.

It is best to prevent urinary tract infections by other means whenever possible. Particularly since those at risk increasingly prefer natural remedies.

If cranberries are so effective, it is partly because they contain type A proanthocyanidin antioxidants (PACs). PACs reduce the adhesion of pathogenic bacteria to uroepithelial cells.

Cranberries also have an antibacterial activity11-12, thus reducing the number of bacterial colonies in addition to their mobility13. Finally, they help to modify the biofilm14-15. A biofilm is a cluster of bacteria attached to a surface. This structure protects the bacteria, allowing them to survive in extreme environmental conditions.

ADDEOLIC® provides 200 mg of cranberry, equivalent to 36 mg of PACs/day (validated using the benchmark BL-DMAC method). This dose of PACs was retained by ANSES to demonstrate the ability to prevent bacteria from adhering to urinary mucosa.

Cinnamon owes its antibacterial activity to the presence of cinnamaldehyde16-17. This key molecule is particularly effective against S. aureus and E. coli. Both bacteria are commonly involved in the onset of urinary tract infections17. Cinnamon also prevents E. coli from adhering to epithelial cells18.

One study looked at the action of cinnamaldehyde when added to an E. coli cell culture. The results showed that it alters the assembly of bacterial cellular processes by inhibiting synthesis of DNA, RNA and structural proteins in E. coli18. In other words, cinnamaldehyde inhibited bacterial growth.

Another study has also shown that cinnamon essential oil can eliminate S. aureus cells in stationary phase after 3 days of exposure19.

Like cinnamon, basil is composed mostly of an active molecule: linalool20. This presence of linalool22 gives it bacteriostatic*21 and antispasmodic properties.

*A substance that stops bacterial growth.

Study on the cinnamon and basil essential oils contained in ADDEOLIC®

While 80% of urinary tract infections are caused by Escherichia coli, other bacteria are also frequently found, in particular Klebsiella pneumoniae and Proteus mirabilis.

The following study23 evaluated the antimicrobial activity of the cinnamon and basil essential oils contained in ADDEOLIC® on E. coli, K. pneumoniae and P. mirabilis versus a reference antibiotic for urinary tract infections: sulfamethizole.

The results show that cinnamon and basil essential oils have a better bacteriostatic effect than sulfamethizole (*MIC >512 mg/l) on two strains in particular (E. coli and P. mirabilis). In addition, the dose of cinnamon essential oil was half that currently found in ADDEOLIC® (48 mg/day). 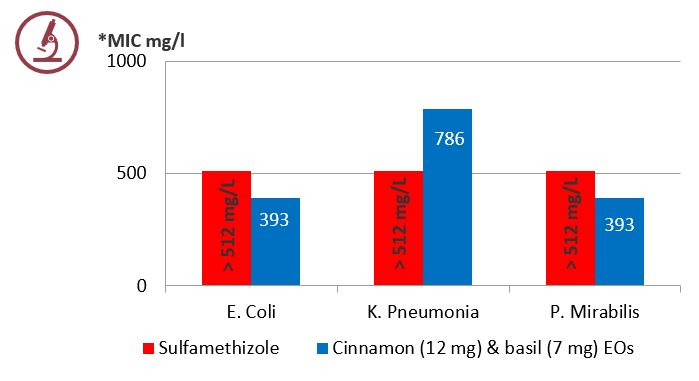 Double-blind study on the effectiveness of ADDEOLIC®

A use study24 was conducted involving 60 women with symptoms of urinary discomfort. The objective was to evaluate the effectiveness of ADDEOLIC®. To this end, a first group of women (30) took 2 ADDEOLIC® capsules per day* for 5 days.

Note: The dose of cinnamon essential oil was half that currently found in ADDEOLIC® (48 mg/day)

The second group (30) received a placebo over the same period. Each woman then had to measure and evaluate the improvement in her symptoms by means of a specific questionnaire. 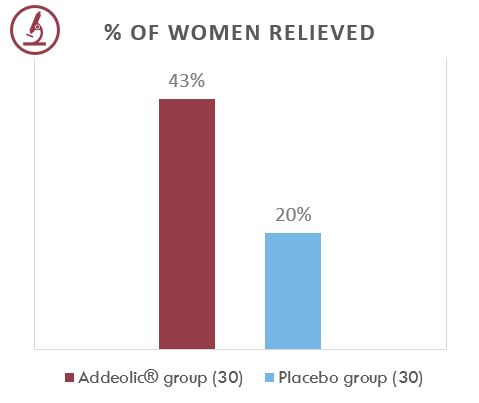 97% of subjects in the ADDEOLIC® group also noted a significant improvement in quality of life after 5 days of use (p<0.05).

Finally, 70% of subjects rated ADDEOLIC® as “effective” and 93% as “well tolerated”.

ADDEOLIC® therefore led to a general improvement in the subjects’ symptoms and quality of life at a daily consumption of 480 mg.

Also in the range, Cranbe’Clear®, a cranberry extract titrated to 20% PACs.

Food supplements enjoy unquestionable success as one in two French people take them. But what about their relevance to a sector as…


Know more
How to stand out from the Esports market with a health product ?